ALBUMS AND RECORD OF THE MONTH

BigTime Radio's shows and interviews
of world famous artists, actors and creatives
are aired over our radio stations to over 43 Countries World Wide.
Our 4th Commercial Station Launches late 2019

We're now on AmazonEcho which reaches an estimated 20.5 Million Homes.
Some of our shows are syndicated to our 26 Radio partners with over 5 millions listeners.
​With TV and Radio shows on Sky TV, FreeView, FreeSat, and across Europe.

Record Of The Month

Kaiser Chiefs
​People Know (How To Love One Another) 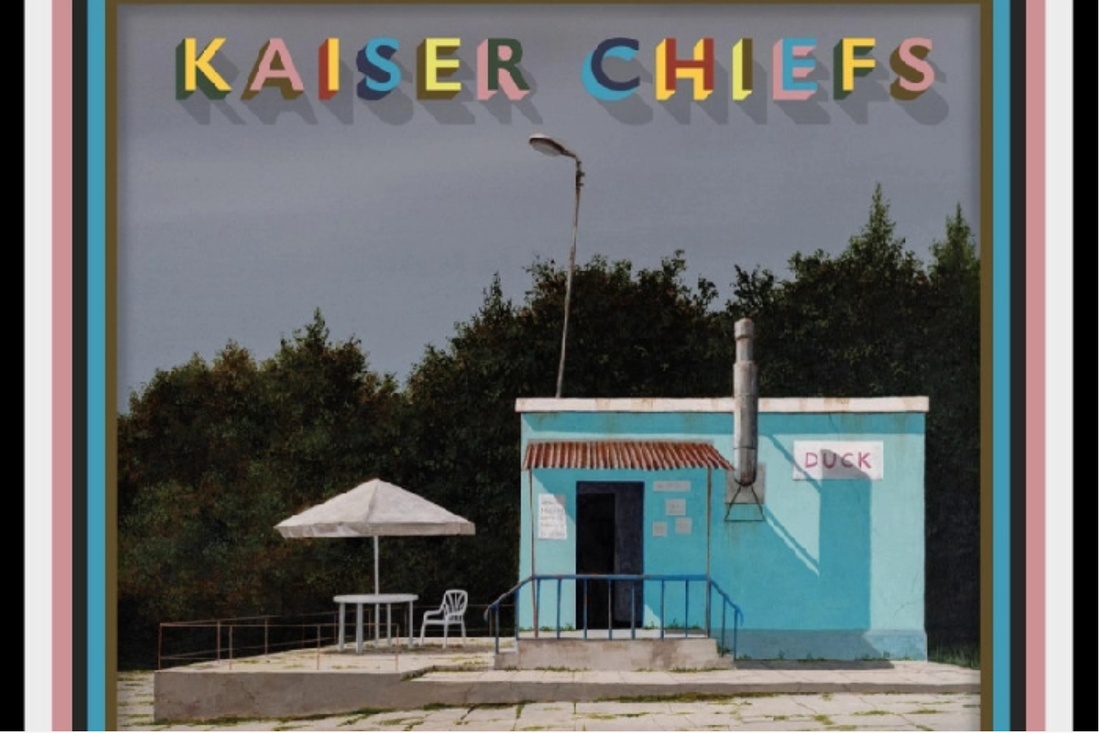 From The Studio Album 'Duck'

Return to the UK this Summer for the 14th straight year debuting material from their new Disc “We Grew Up On AM Radio”.  The Quintet originally hailing from Santa Barbara now feature Rock and
Roll Hall of Fame Drummer Clem Burke from Blondie along
with singer songwriters John Finseth, Greg Brallier, John Ferriter and David Hekhouse.
Their song “The Wrecking Crew” was recently named the “The Coolest Song In The World” by Little Steven on SiriusXM’s Underground Garage and new songs “Hey Judas’’, 'Manchester Girl”, “Sweet Sounds of Summer” featuring Ron Dante from The Archies, “Calipopicana”, “Jessica Something” and “Who You Gonna Be And Why?” Are already garnering significant airplay in the US and Japan.

Prolific in the studio, “We Grew Up On AM Radio” is the band’s Sixth full release in the last five years.

Here’s What People are saying about THE TEARAWAYS….

The Tearaways “Esquire”
There’s been some real thought put into these songs providing variance and wit. The whole album is a fun packed thing and when I bemoan the likes of Coldplay and their miserable sound it's because of albums like this. Let it show that you are enjoying it and the listeners will too. This ticks all the boxes. - Don Valentine “Hear A Single” - Blogspot

“These guys are a force to be reckoned with!” …. Piers Morgan Host of ITV’s Good Morning Britain, Lifestories & Daily Mail Columnist

“I know when I play a song on the radio and it is a hit to the Japanese; I hear them humming the songs later on in a different place and time….And I think “hey! That’s that Tearaways’ song!” That’s what is going on with the Tearaways in Japan now.  They’ve become regular heavy rotation…. That hasn’t happened since the Ramones.” - Mike Rogers DJ/Producer  “WHAT THE FUN DAY” - Tokyo Japan

Here’s my description of the Tearaways “Esquire”  in its entirety: These boys are no strangers to this industry and it’s apparent in their cultivated sound. Listening to ‘Esquire’ is the kind of experience where you walk away feeling closer to these incredibly talented Musicians. They have exposed their hearts and souls vividly and authentically to their fans, comparable to them inviting you into their homes, having a couple of beers and shooting the breeze. It’s a warm, familiar, and fun feeling that leaves you satisfied long after the visit. Who doesn’t walk away from something like that feeling fantastic.
That’s The Tearaways sound. Well done gentlemen!
People, have you bought the album yet? Get on it! ….. Candice Marshall / Starlight Music Chronicles

“The Tearaways take you back to when music was to be enjoyed. Driving Beat and Lyrics you can understand and associate with. All self written. Great Image and Great live band too — great version of Badfinger’s Baby Blue and Bee Gees New York Mining Disaster. Come back soon boys” …. Billy Butler BBC Radio Merseyside and CAVERN CLUB DJ 1964/71

"Finally made it to a Tearaways show! So much fun -- they rocked the place. Everyone should go see this band when they have the chance. Make the chance. I can only begin to describe it -- I'm still trying to work it all out in my brain this morning. Musically, they are technically awesome; but they play rough and raw -- sometimes packing 7-8 on stage w guests. Their covers are INSANE!! They opened with The Ramones' Do You Remember Rock 'n' Roll Radio, but play strong, familiar, approachable originals too. (Does it count as a cover when you do Sugar, Sugar by The Archie's, but you bring up Ron Dante to sing it?). So much contrast and contradiction. They are olde(er) and have played together in some form or fashion since 1981; yet they still sound young, produce new music and tour. They are at once classic Santa Barbara Beach, British Invasion and a bit of Punk -- not above Pure Pop or a camp-y lyric, but never, EVER lose their edge and attitude. They are older so have a perspective; they're serious about the gig but not taking anything too seriously. And don't even get me started on the crowd. Last night reminded me, again, of everything I love about small venue live music -- especially Rock n roll. Just go see them when you're in LA, ok?" Michael Falcon.

“Bands like Fun. and artists like Taylor Swift may someday be the definitive faces of the early 21st century pop music scene, but there will be a place for the satirical commentary of a self-deprecating message such as The Tearaways’ “We Don’t Talk, We Text” that best captures what this century was truly like.” - Ted Frank The Second Disc

“Additionally, a personal perennial favorite of IPO, The Tearaways, have an answer for Dylan’s “Back Page” ad (if you will) with their newest song, “Much Too Old To Feel This Young” - Ted Frank The Second Disc

“They came from area code 805 and now their audio ride continues on the global sonic highway.” - Harvey Kubernik Author of “Turn up the Radio”

“Pop rock rules – especially to those that appreciate melody and harmony. Buddy Holly was right, and so are the Tearaways.” “mesmerizing power pop with soaring harmonies and hooks enough for a fishing trip with the Beatles. The Tearaways new stuff is as good as anything that ever came out of Santa Barbara.” Bill Locey The Ventura County Star

“The Earle Mankey Sessions Vol. VII Rocks! I like every tune on the CD! Listened to “James Bond”, “We’re All Gonna Drink Tonight” and “Naughty Dog” on Vol. IV as well and they are simply amazing. I salute you Tearaways!” - Jeffrey Foskett from The Beach Boys

“Tearaways Earle Mankey Sessions IV & 7 are both necessary purchases for every pop music fan. Great, catchy songs with terrific melodies and harmonies are the order of the day.” “Repeat after us: “Must have. Must have. Must have!” - Alan Haber Pure Pop Radio

“Volume IV is highlighted by the most awesome “We Don’t Talk We Text” (“Edison and Orwell would be apoplectic/to see us multi-task in a world that’s so hectic”), which should be considered for the new National Anthem or something. There’s also the cheeky blues of “Naughty Dog,” the slinky, double entendre-filled rock of “Girls Who Love Cars,” and the hilarious “We’re All Gonna Drink Tonight,” which may be the world’s first-ever power pop sea shanty.
Many of the songs on Volume 7 merge British Invasion-type harmonies — and the Tearaways sure can sing ‘em, too — with sprightly, acoustic guitar-based melodies. Favorites here would have to be “Friends & Enemies” (love the “whoa-oh-oh” vocal bits), the breezy “In Dublin,” the overly Beatley “I Don’t Know and I Don’t Care,” and the slam-bang “Keep Your Knickers On,” which AC/DC could certainly cover.” John Borack - Goldmine Magazine - Power Pop Plus

Saskia also HIT the UK (British and Irish) Country No1 for several weeks that include many world famous acts and Top Billboard county music artists on the same SkyTV, FreeView and FreeSat Shows on Keep It Country TV.

Saskia Vese and Charlie Cawood (The X Light) are a Duet performing both of their 6 Songs (3 each) that have both been on the same shows, seen and heard on radio and the popular TV shows on Sky TV, plus are co-writing songs for a future duet album.

Recently both Saskia and Charlie (Also Saskia's Artist Manager) featured on BBC Radio for an exclusive interview on the Country Show - BBC Best Country Music From the UK and USA for the May Bank Holiday, where Saskia is being compared to the best Country Singer of all time,
Shania Twain, with over 100 Millions records sold to date.
Saskia has also been written up in the Daily Mail and Taste of Country two very significant world publications all about Saskia Vese (Twitter @wonderwoman_) and Shania Twain with pictures!

Articles
With Both Shania Twain and Saskia Vese in Together:
Daily Mail
Taste Of Country

USA Country Singer, Artist, SongWriter
Michael McCall
Flew into the European Top 40, positioning up at #No5 for several weeks with many world famous acts and Top Billboard county music artists.
Offered several Nashville Record deals, however has gone on with his own Publishing/Label.

With and More on Our Home Page! 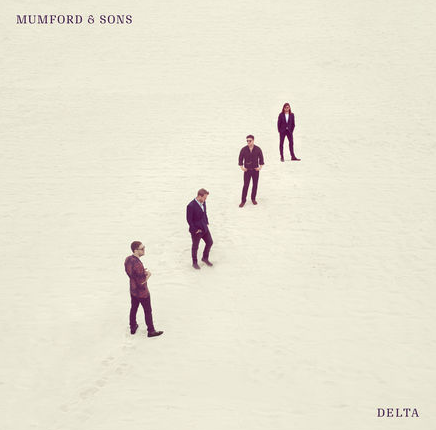 We Are More Than TV and Radio

FEEL GOOD MUSIC TO OVER 43 COUNTRIES

With 'feel good' interviews from billboard artists, singers, producers, actors, musicians, authors, and even from you!

More Stations, Radio and TV shows  will slowly be released in 2018/19